Meet the Editors: An Interview with Everyone 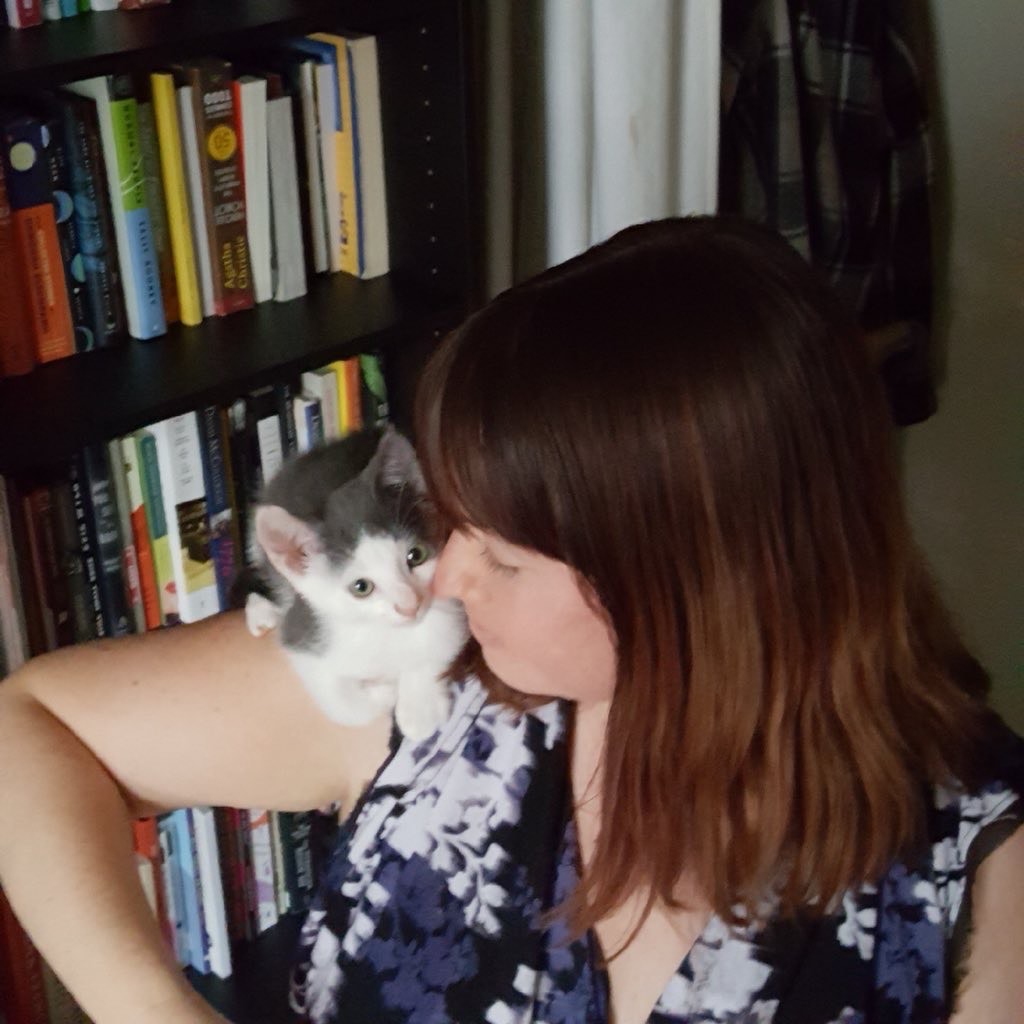 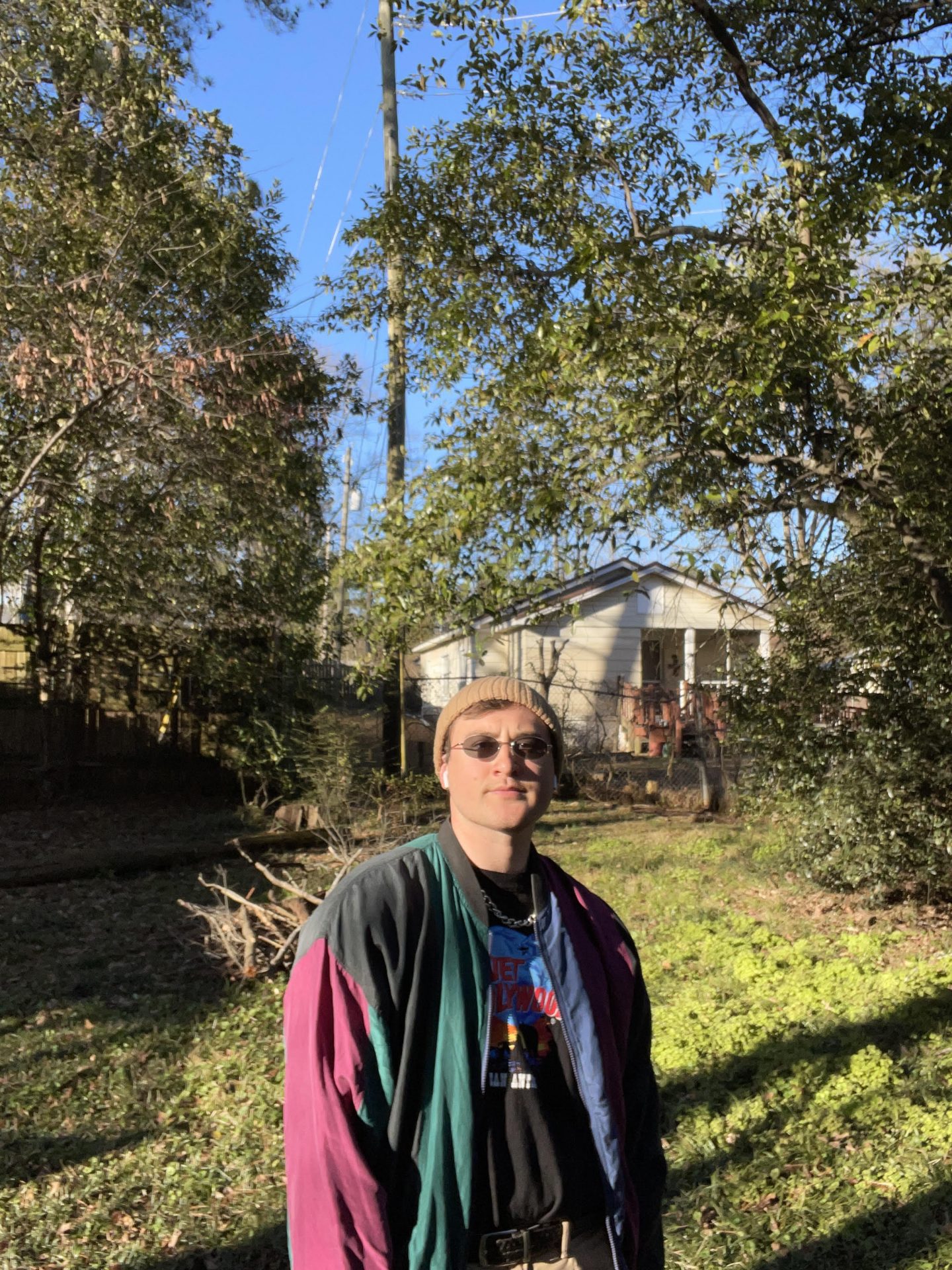 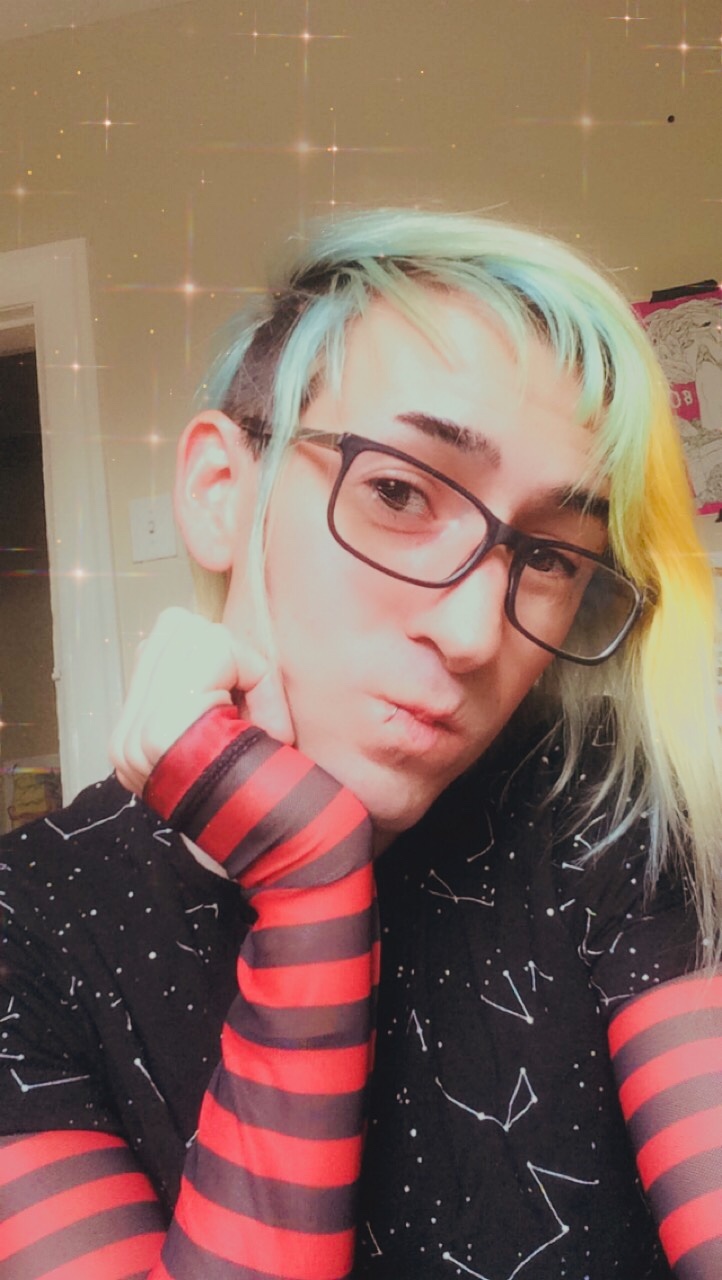 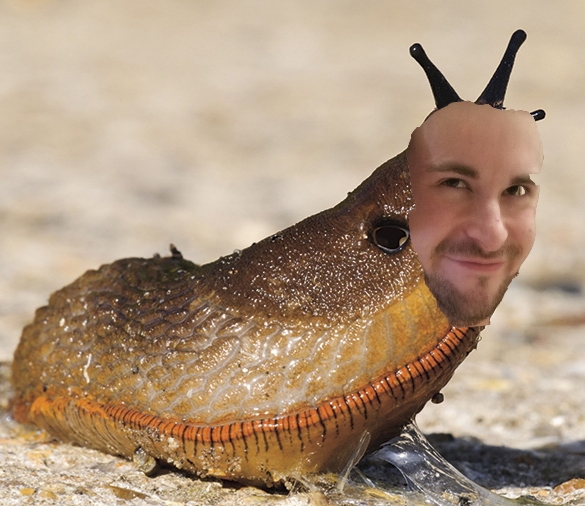 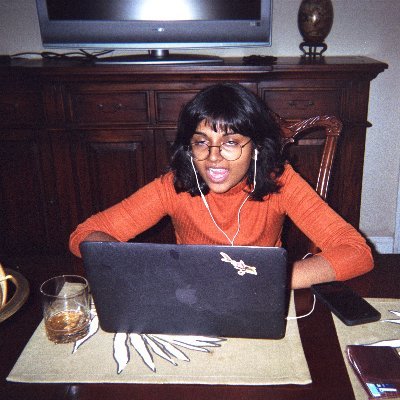 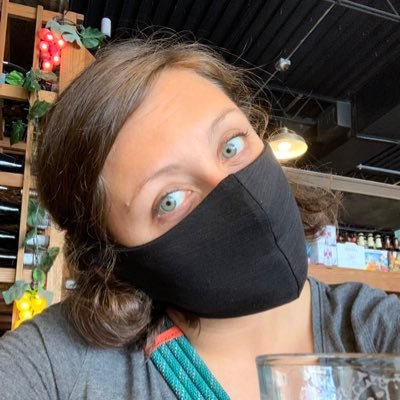 Since the BWR staff turns over every year, the team interviews one another so that you may get a better idea of who we are and what we like. In 2021, the BWR staff gathered together in a single Google Document to create one massive interview instead of separate ones. The results, one might argue, are chaos. They are probably right. We hope you enjoy.

Chelsea Cohen: If you could be any kind of plant, what would you be?

CC: I would be a saguaro because I’m a desert girl and because I’m prickly but also majestic.

August Kelly: Um… grass. No, wait! An aspen! Then I’d be so connected and a tree!

Josh Brandon: Venus fly trap so I can finally fulfill my lifelong dream of only eating bugs.

Kaush Suresh: I agree with Josh!

CC: What is your favorite piece of art?

jm: Untitled (Portrait of Ross in L.A.) by Félix González-Torres & this.

AK: I think everyone that knows me right now would say I have to say Drive because people will be like omg stahp talking about Drive and I’ll be like have you seen my coat, there’s a scorpion on it! The movie feels like, underneath the pictures and music and light, there’s some sustained note that plays the whole time, not a grating thing but like… a sustained cohesion that is and isn’t subtle?

JB: I have an affinity for A Sunday Afternoon on the Island of La Grande Jatte by Georges Seurat because there is a park in Columbus, OH (my home state) where there is a topiary recreation of it that is so killer. It also looks like a neat lil’ park to go to. 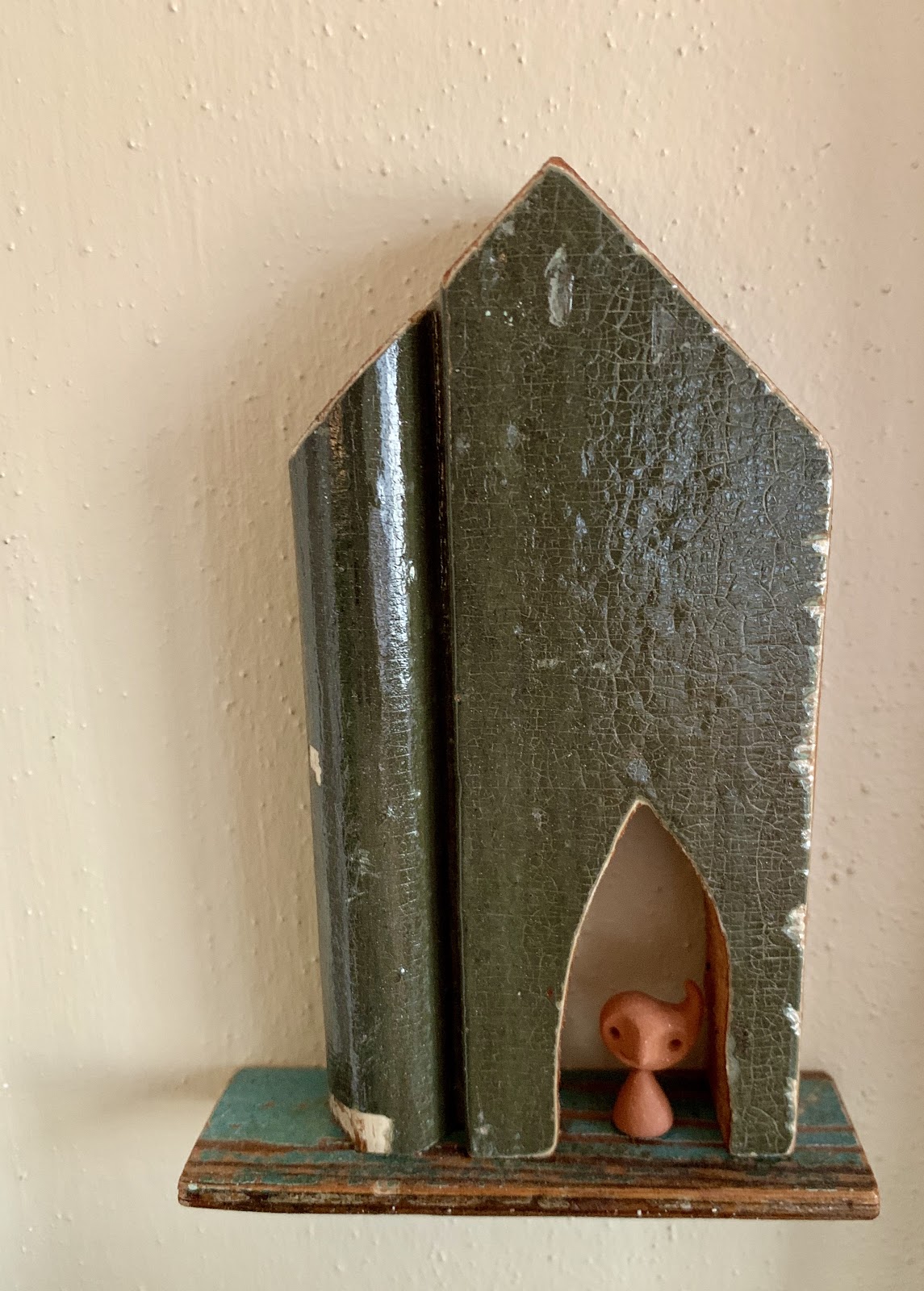 james mckenna: last breakfast on this earth. what do u eat. (anything is possible no need for semantics of how it gets to u etc)

AK: Hmmm… breakfast is my favorite food group. French toast has to be there, and over-easy eggs I must reckon, and also hash browns, certainly coffee, juice if it’s free how about orange sure, and… that’s quite enough.

JB: A breakfast bowl from Bob Evan’s with their wonderful bad-coffee and waffles for sure.

KN: Breakfast is everyone’s favorite, isn’t it? I have a serious juice problem. I’m addicted to juice. All of the juices, also a bowl of cereal, also eggs and crepes annnnd yogurt.

jm: u will transmogrify into a piece from the bwr archive at midnight, which one is it gonna be

CC: “The Coffin, the Ship” by Mel Kassel

AK: “I AM NOT A PHOTOGRAPHER: An Excerpt” by Vi Khi Nao

KN: Bereavement Table for a Top Model Imagined by Stine An

August Kelly: If you were trapped on an otherwise deserted island, yet were somehow able to bring 5 albums with you to listen to, which records would you bring?

CC: (Sidebar: I didn’t even have to look at the initials to know who wrote this question): Strange Desire, Bleachers; Love Stuff, Elle King; Aim and Ignite, fun.; Punisher, Phoebe Bridgers; Boxer, The National

AK: Still by nouns, Means To Me by Longbeard, Stranger in the Alps by Phoebe Bridgers, Yeezus by Kanye West, and Tell All Your Friends by Taking Back Sunday.

JB: Jagged Little Pill by Alanis Morissette, Come on Over by Shania Twain, Whack World by Tierra Whack, To Anyone by 2NE1, and Frank by Amy Winehouse.

KS: Yeezus by Kanye, Transatlanticism by Death Cab for Cutie, One of those top 100 pop song CDs they always release, Blonde by Frank Ocean, Moonstone EP by Raveena.

KN: Oh no. All of the Rainbow Kitten Surprises and both of The xxes. Next question.

AK: Where does the urge to write come from?

CC: For me it’s like a puzzle. I like the satisfaction that comes with making the ideas in my head into words that accurately reflect them.

kicks the ripple. I tread, you tread.

What does it even mean to write a poem?

It means I don’t want to be lonely.”

JB: The promise of fame and fortune.

KS: Need to disassociate? Ego? Magic? It’s also the only thing I don’t get bored of. Writing is really figuring out all the ways we could communicate to one another so maybe I want to understand and be understood?

Josh Brandon: What is your favorite party/board game?

CC: I will have a different answer to this every day of the week but I’m going to go with Dixit. The art on the cards is so surreal and I have a loose idea of someday doing a series of flash pieces inspired by them.

AK: (I only did this once!) We played a game where we made up a novel via any-one-question, any-one-answer, in a circle (ex: What’s this about? How many sections are there? What happens on page 342? What’s the first line? Etc.) where the answers built off each other; I feel like this game, as formless as it is, could have felt disengaging—via lack of creative participation or pretension—however, on this particular night, the mood was invitational and encouraging and lifted!

JB: That is not a party/board game.

KN: Scrabble? I guess I like to ruin parties.

Kaush Suresh: This question is inspired by @brittsmitth’s post on Instagram. Please chart in a figure (or more): A VISUAL EXPLORATION OF WRITING. You can change the last word accordingly to be more specific if you wish (such as fiction, non-fiction, … ) You can use the same skeleton as above or your own.

CC: Ugh Kaush this is too much work

JB: This is going to be fun to format.

james (they/them) is from New Jersey.

August Kelly is kinda a ragamuffin, sometimes a sauce-pot, and playful; somehow slow-pulse but also energetic. They like to believe in things and they do that. They’re non-binary. They love music with surprise transitions(!) & movies with neon lighting. They’re in-love with lovely friends, almost daily.

Josh Brandon is here, they’re queer, and so full of fear.

Kaush Suresh spends all of her time watching TikToks and eating hot chip.

Kelsey Nuttall is the proud mother of two cats and a few succulents who may or may not be dying?