Meet the Editors: An Interview with Nonfiction Editor, Sarah Cheshire 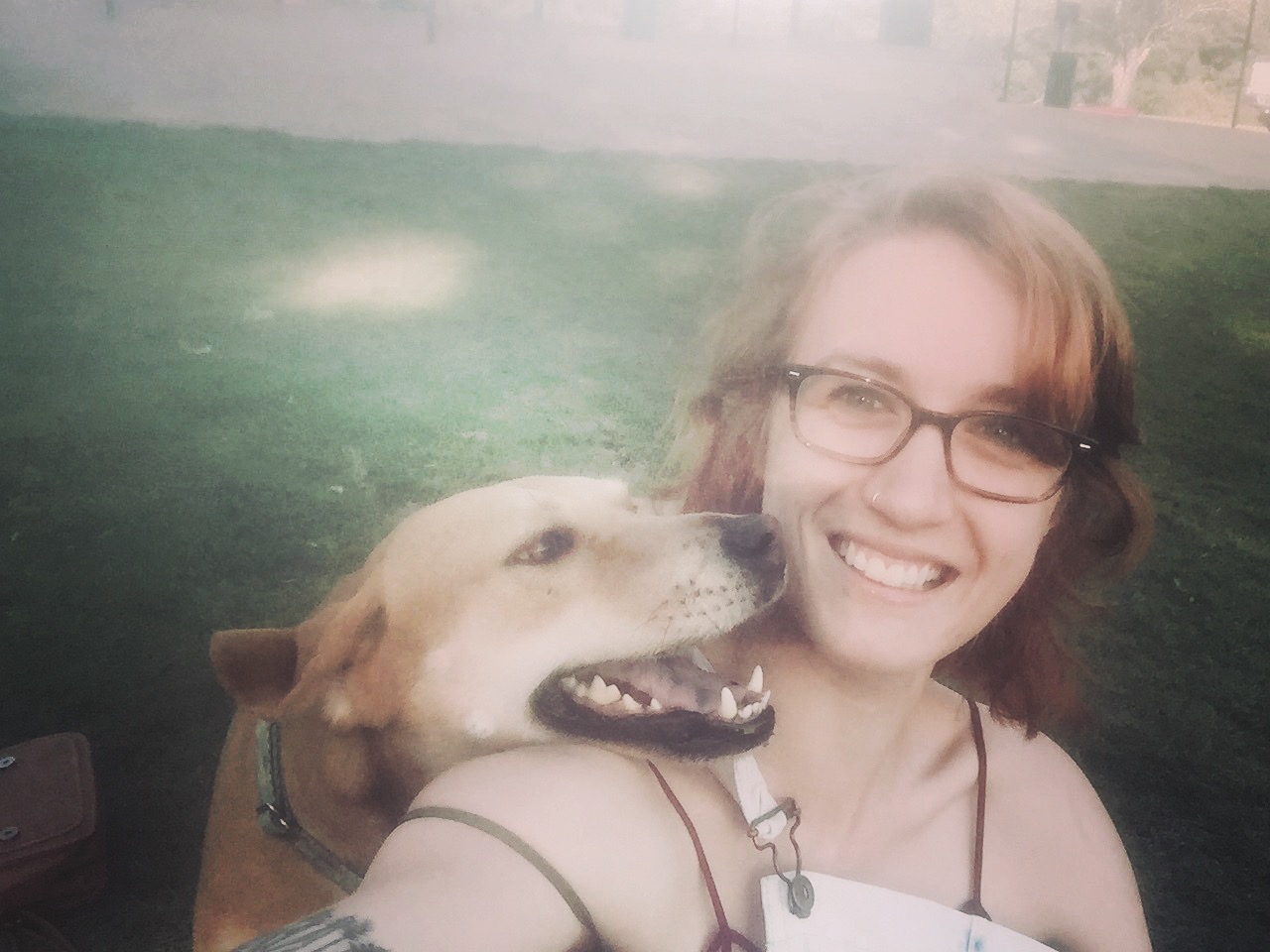 We get a new staff every year here at BWR. We (the editors) interviewed each other so that you (the world) could get a sense of us as editors/readers. We’re pleased to meet you!

Reilly Cox: In our program, there’s a lot of genre-bending and fluidity. Is there some parameter you feel inherent to nonfiction, or perhaps some quality that you seek out when reading through submissions?

Sarah Cheshire: I am opposed to the idea that nonfiction maintains “inherent” qualities mainly because I reject the notion that there are parameters to how we encounter our own truths, especially when memory itself is messy and fallible and prone to altering itself to accommodate its ruptures. I do think that, while not tethered to “fact” as a singular notion, creative nonfiction at its barest bones has an obligation to at least gesture towards what happened in flesh; to probe the tissue surrounding memory. Unlike fiction, in creative nonfiction you can’t intentionally make shit up and pass it off as “truth.” In some of best nonfiction I’ve read, however, truth is revealed through the process itself of circling wounds and negative spaces; and is therefore expressed as a dynamic agent rather than a fixed entity.

In terms of seductive qualities in submissions: for me, the unsung hallmark of good creative nonfiction is attentiveness to language. I see so many pieces in my queue that are technically and mechanically well-written, but to me (and maybe this is because I started out as a poet) creative nonfiction is as a much a poetic craft as it is a narrative undertaking. I want sentences to contain their own universes, diction that oscillates between feathers and fire, syntax that plunges me headfirst into the belly of Hemingway’s iceberg and leaves me gasping.

RC: What is some writing you seek out when you want to be comforted?

SC: Recently, I’ve taken to transcribing poetry as a tool of anxiety/PTSD management. When my heart is racing, I’ll pick some poem or passage that I find soothing, get out my favorite felt-tipped pen, and slowly re-write the verses on card stock, trying to synchronize the movements of my pen with the crescendos of my breath. It’s become a meditative practice for me, almost like prayer: it allows me to level my pulse, while refocusing my frenetic energy on something outside my own mind. When I’m done with a transcription, I’ll hang it on my bedroom wall.

While answering this question, I was looking at the array of piece I’ve transcribed over the past couple of years, and realized that all have a couple things in common. On a syntax level, all contain a soothing lyrical motion. Content wise, all in some way evoke a both a sense of enigma and, below the surface, an opportunity for re-generation. Despite my own penchant for the grotesque and unresolved, perhaps there is stability in the archetypal notion that resurrection is always possible.

Anyway, here is my comfort playlist, brought to you by the western wall of my upstairs bedroom:

1.) Theories of Time and Space by Natasha Trethewey

2.) Diving into the Wreck by Adrienne Rich

3.) From Blossoms by Li-Young Lee

4.) Sorrow is Not My Name by Ross Gay

6.) Some avian-related classics that I’ve carried with me since High School: The Writer by Richard Wilbur and Wild Geese by Mary Oliver

7.) The Maori Translation of The Lord’s Prayer (I’ve recently been reckoning with the ways in which spirituality and religion inform who I am as a writer, and what it means to be a person of faith who doesn’t subscribe to the heteronormative doctrines enforced by many religious institutions. I love this gender-neutral translation of a prayer I grew up with because it takes a classic form and subverts it, while maintaining just enough familiarity to be anchoring.)

9.) Daybreak in Alabama by Langston Hughes

10.) “Beautiful, Beautiful. Magnificent Desolation.” – a quote from Buzz Aldrin upon first landing upon the moon

RC: What is some writing you seek out when you want to be unsettled?

SC: Any issue of BWR! One of the things I love most about this magazine is that it doesn’t shy away from the uncanny, the grotesque, the un-reconcilable, and the unreconciled. One of the most unsettling pieces I’ve read in a while is Panpan Song’s The Empty, forthcoming in 46.1, which, through cunningly restrained diction and expert pacing, slowly disorients the reader, leading us step by step into a haunting landscape of ennui and self-exile. I also find the entire issue of 45.1 to be an exquisite experiment in psychic disruption; Xandria Phillips’ Portrait of the Survivor as the Roach She Was and Alison Powell’s Missing Files in particular ignite tiny volcanos under my skin every time I read them.

RC: You’re heavily involved in your community, whether volunteering or organizing or attending events. How does that inform your writing?

SC: I see who am I as a writer as inextricably bound with the position I occupy and the experiences I gain as an engaged member of a larger community. Although in the past, I’ve guilt-tripped myself for going out and doing things when I “should be” writing, I’ve recently been trying to reframe the experiences I have while away from my word documents as necessary parts of my writing process rather than distractions.

Organizing fellow grad students for better working conditions; jamming out to John Prine in my living room with our newly formed Tuscaloosa Bluegrass Circle; stumbling upon an abandoned prohibition-era speakeasy while romping in the woods behind a Boy Scout camp in rural Alabama; letting friends impulsively swoop me up for midnight sojourns involving cemeteries, double-wide trailers, the winking lights of cargo boats, and Pig Latin translations of the Book of Job: these experiences not only fuel my creative processes, but are necessary for my health and personhood.

RC: What sort of role do you hope BWR might serve in the larger literary community?

SC: As a queer-identifying southern writer, I am particularly interested in the unique discursive position BWR occupies as an experimental lit mag operating in the context of the American south. In a region long defined by its rigid social categories and uncompromising power structures, I believe that the act of telling stories that cross boundaries and hybridize genres is in and of itself a radical, transgressive, and beautiful endeavor. My hope is that, through its defiance of literary convention, not only can BWR continue to provide a platform for writers from historically marginalized communities and survivors of identity based trauma—queer writers, working class writers, writers of color, disabled writers, indigenous writers, survivors of sexual violence—but that we help spark important conversations about the function that this work serves in this place specifically; what it means to tell the stories of this region from the “bottom up.”

RC: What is a question you really want to be asked (and its answer)?

SC: Q: What is currently hidden in the hollowed-out orifices of your one-armed ceramic garden gnome, Gno More Patriarchy? (Or simply: what’s in a gnome?) 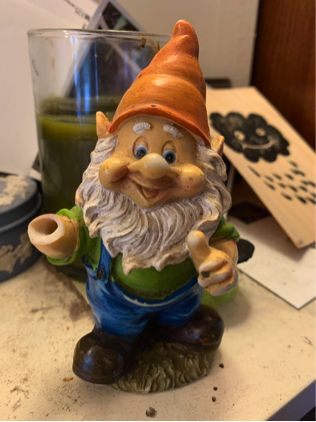 RC: Who is the best dog in Tuscaloosa?

SC: Why Reilly, I was hoping you’d ask. The best dog in Tuscaloosa happens to be none other than my dog, Dolly Parsnip! Here’s a picture of her emulating her namesake: 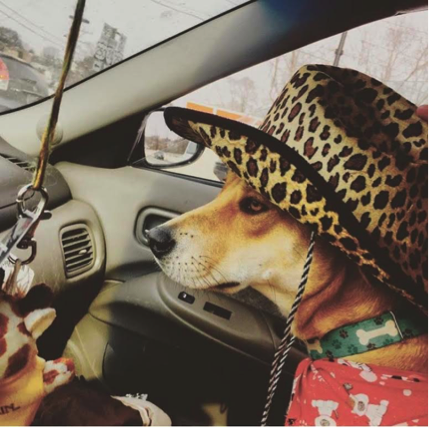