Meet the Editors: An Interview with Nonfiction Editor, Jiaming Tang 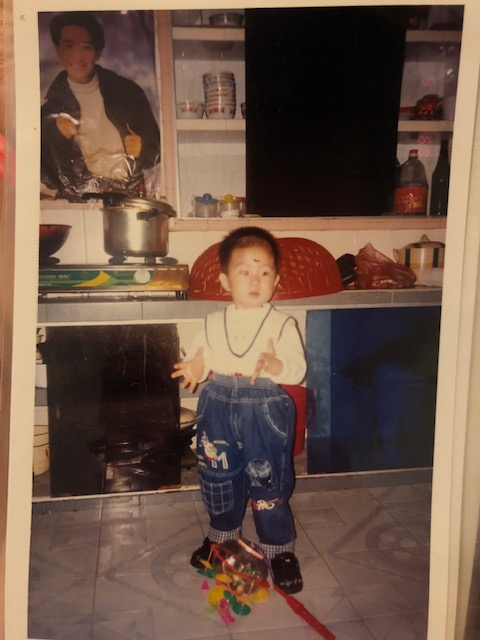 We get a new staff every year here at BWR. We (the editors) interviewed each other so that you (the world) could get a sense of who we are as readers. At least—that’s what’s supposed to happen. This year, there was a mishap, and one brave editor (the Chinese one) has to interview himself! Hurrah!

(Please note that these interview questions were created with a different editor in mind. No, I’m not crazy, but I do sometimes entertain fantasies RE: being trapped alone on an island.)

Jiaming Tang: You’re on a deserted island. What books would you bring?

JT: You’re still on that deserted island. Help’s taking a long time to arrive. Your stomach rumbles and you realize you’re hungry. What food from Tuscaloosa (AL) are you craving?

JT: Waffle House. [this next part is written by the managing editor, who thinks they are so great for being from Ohio] I know it’s a chain, but I’m a snobby New Yorker and have never had it until coming here.

JT: A boat! In the distance! And on it: a ghostly manifestation of your call for submissions! (EN: It looks like Jack Saul) What work would you produce to attract that ghost’s attention?

JT: (Me interviewing myself makes this question feel really inappropriate/weird.) I’d produce an essay/narrative that distances itself from western conventions of fact and truth-telling. An essay-length version of: Maxine Hong Kingston’s Woman Warrior (a memoir half-composed of dreams) would be great, but I’m also interested in things like oral narratives (e.g. Zora Neale Hurston’s Barracoon / anything by Svetlana Alexievich) and, uh, anything that puts public histories in conversation with private, emotional histories. Work by writers of color tend to do this already, so more of that, please!

JT: The ghost is interested in your work. It’s now asking for a personal statement. What would you include (in the statement) to further draw the ghost’s attention?

JT: I know this ghost (we’ve been married seven years) and it doesn’t care about personal statements. It doesn’t look at where or how frequently you’ve published, and it doesn’t care about where you went/are going to school. The only information it wants (and this is only applicable sometimes) is: how you are—as the writer—connected to your work. For instance, if you’re a white person, and I see an essay about arranged marriage in China, it might be nice to know that you’ve traveled there before, or that you have some sort of specialized knowledge RE: the material.

JT: I’m sick of trying to maintain this island shtick. What are your thoughts about BWR’s status as an “experimental” journal? What does experimental mean to you?

JT: “Experimental” is a weird qualifier because it means different things to different people. For instance: in the past, we’ve published (in both fiction and nonfiction) pieces about vampires, mermaids, and ghosts. The pieces were great, obviously, but my relationship with the occult (I come from a part of China with a very robust paranormal tradition) makes it hard for me to view ghosts or vampires as “experimental” subjects in writing. To me, experimental writing is writing that doesn’t engage/intersect with the western gaze. Work that foregrounds other cultures/other ways of “seeing” are exciting and right up my alley. Not to bring up The Woman Warrior again—but the way Kingston disinherits western traditions of memoir by using her dreams as a proxy for memory… That, to me, is very “chef’s kiss” (as the kids say nowadays).

JT: Follow-up: Does literary “realism” have a place in the journal?

Sure. Who says realism can’t be experimental?

JT: Rank the top five cats in the English Department. (Depending on your answer, a helicopter may come to rescue you…)

Jiaming Tang is the son of immigrants.