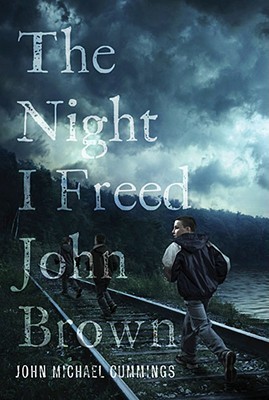 The Night I Freed John Brown

Review by BJ Hollars
While aimed at a young adult audience, John Michael Cummings’ The Night I Freed John Brown manages to transcend the genre by focusing on historical events as an impetus to untangle the riddles of a present-day family.

In the sleepy town of Harper’s Ferry, West Virginia—the sight of John Brown’s famous raid—Josh and his family are haunted by poverty, a cruel father, and an abandoned five-story house rotting in the nearby woods. The town’s historical backdrop only manages to illuminate the mysteries, and Cummings makes good use of the setting—Thomas Jefferson Rock, John Brown Cave, and the Frederick Douglass House all manage to help weave a gothic tone throughout the narrative.

While the story centers on one son’s quest to unearth the skeletons of his father’s past, the reader becomes equally interested in the class divisions between neighbors. While Josh’s family inhabits a rickety house, his best friend and neighbor, Luke Richmond, lives with his father in a five-story mansion—an exact twin to the five-story house left rotting in the woods. As we uncover the shared past of the twin houses, we begin to understand the secret to Josh’s father’s cruelty.

Though sparse and economical, Cummings’ exposition propels the reader forward, though on occasion, the dialogue diminishes into the trivialities of “teen-talk,” rather than a serious portrayal. There is a fine line between succeeding in the imitative qualities of a young adult voice and simply “writing down” to the reader. While Cummings falls into some trappings, overall, he tends to avoid oversimplifying the story.

The book builds for the final scene, in which Josh’s father, much like John Brown, attempts to act on his convictions rather than side with man’s law. If the story begs anything of its reader, it is to reassess the definition of a hero. Cummings seems to suggest that while the term holds new meaning from the days of John Brown, humankind’s shortcomings remain the same. And the book’s triumph, perhaps, is in its exploration of these shortcomings; in its ability to turn a despicable character, Josh’s father, into a man we come to admire, or at the very least, understand.

Cummings does little to reinvent the wheel, though by staying within the bounds of the genre’s conventions, he employs a trusted formula in a new style. The use of history as a narrative tool adds a scope that is rarely attempted in the realm of young adult literature. By dusting the cobwebs from America’s past, he gives his characters a future.