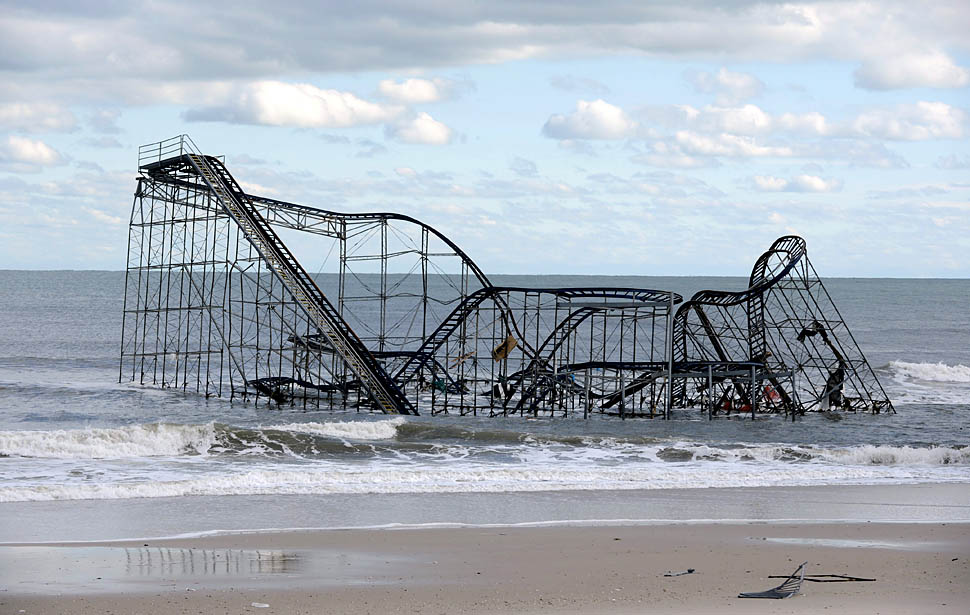 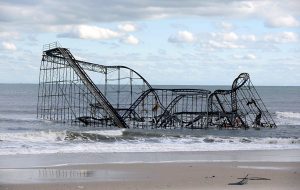 epa03453939 A roller coaster is left stranded in the ocean after Casino Pier was destroyed by Hurricane Sandy, in Seaside Heights, New Jersey, USA, 31 October 2012. The US East Coast was to start picking up the pieces on 31 October after superstorm Sandy left at least 33 people dead and damage estimated in the billions of dollars. New York Mayor Michael Bloomberg said the largest US city was going ‘back to business’ and bus routes would be fully reopened 31 October. The subway would probably take another four or five days to resume operations, he said late 30 October. Some flights were to also resume. US President Barack Obama visited New Jersey on 31 October with the state’s governor, Chris Christie, for a first-hand impression of the damage. EPA/MICHAEL REYNOLDS ** Usable by LA Only **