by torrin a. greathouse

I was called a pansy before I was ever called a faggot. Flower-child. Wilted wrist.

It is an invasive species that covers half the country. Seeds spread on the wind. Not unlike disease. Some scientists have even described its spread as an epidemic.

& aren’t there also people who would call my lust invasive? An epidemic?

1930—the Hays Code enforced a strict set of moral guidelines on american film. Most notably:

If someone within the film performs an immoral act, they must be punished on screen.

I wonder which of my body’s verbs might be deemed immoral?

The first time I held a boy on my tongue, I held him like a petal.

In Rebel Without a Cause, Plato—a queer-coded teen enamored with the protagonist—is shot by police. He dies holding a gun with no bullets inside.

Sometimes, I forget that to be is also a verb.

For years I have been obsessed with poisonous plants.

Example: Every part of the foxglove is deadly, though most of all the root. As a child, I chewed its petals bitter & splayed in the grass. I didn’t know it was poison. Only the way it tore through my body.

22 years later, Sal Mineo, the actor who portrayed Plato was stabbed to death in West Hollywood.

Sometimes, I dream of a world without metaphor.

The first time I saw another queer person on film, I watched him die. Watched a straight man act out the trial where he fought for a job lost because of his desire & the virus that would end his life.

Sometimes, I think straight people only want to read poems about faggots fucking if there’s the risk of someone dying in the end.

How many ways can I metaphor semen into something with sharper edges?

I refuse to perish where the poem ends.

There’s a joke here about tiny deaths, but I’m not going to tell it.

I just want to be fucked like I’ll live forever. 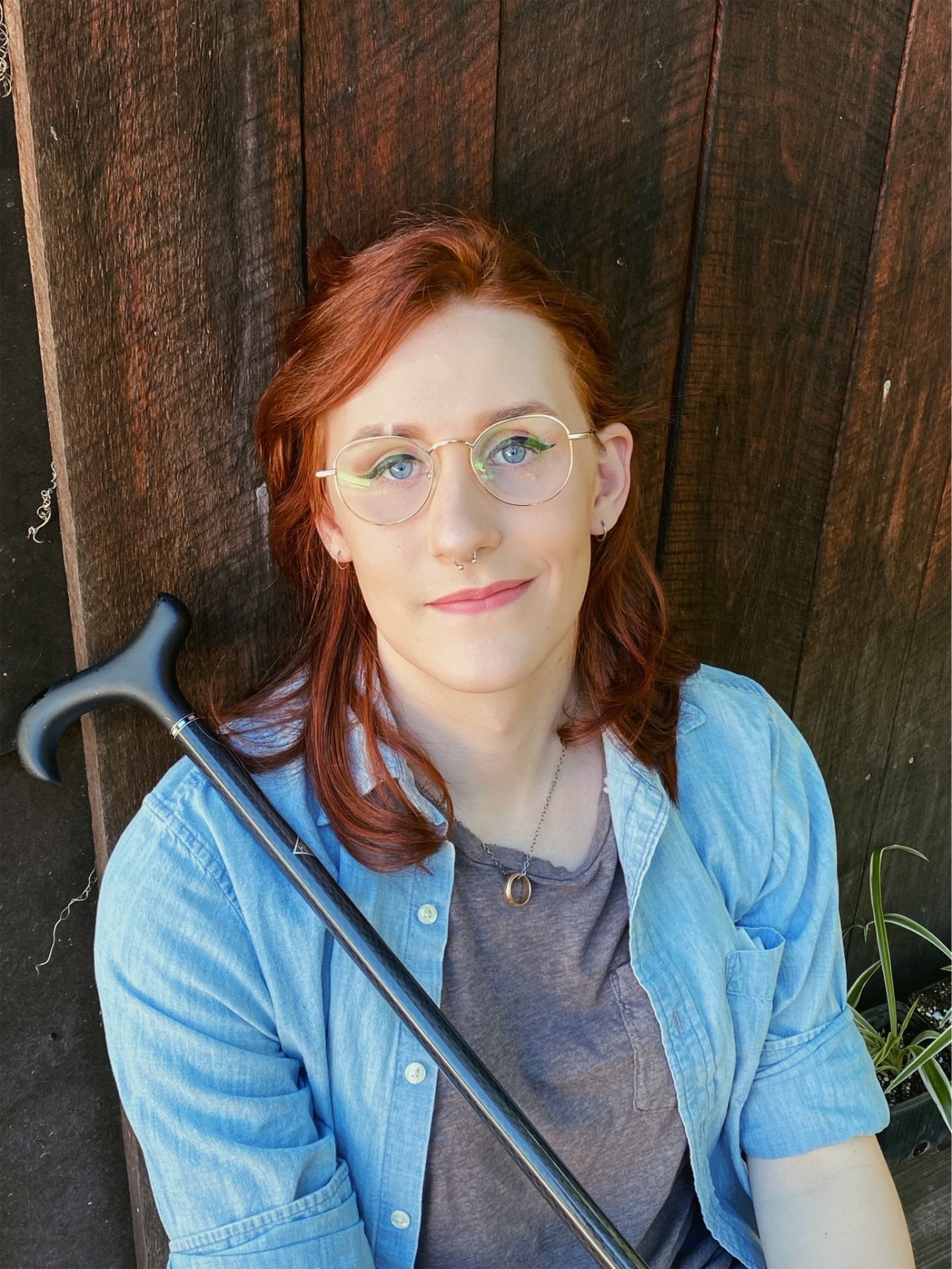 torrin a. greathouse is a transgender cripple-punk and MFA candidate at the University of Minnesota. Her work is published in POETRY, Ploughshares, New England Review, and The Kenyon Review. They are a 2021 National Endowment for the Arts fellow and have also received fellowships from the Effing Foundation, Zoeglossia, and the University of Arizona Poetry Center. She is the author of Wound from the Mouth of a Wound (Milkweed Editions, 2020).