Afterword to A Thousand Times You Lose Your Treasure 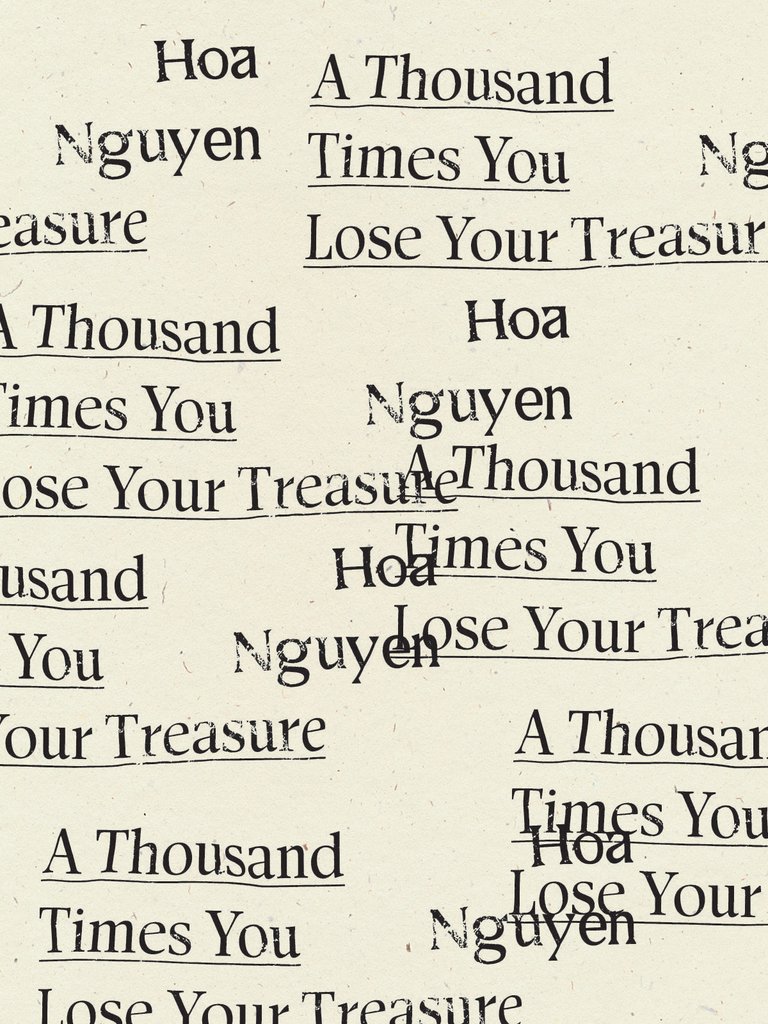 A reading by the author

I set out to write A Thousand Times You Lose Your Treasure years ago. Decades, really. Writing this, I’m wondering if it is as simple as that sentence I have said so often: I was born in Vietnam but don’t remember it.Where is memory born and how do we bear memory across decades, across centuries? When it came to Vietnam, where I was born but don’t remember,Vietnam was no longer a place but a war; it took on a life of few dimensions except as a war, one where you are the enemy (or in my case, a bastard of).

Growing up in the US, when I thought of Vietnam, I thought of my mother. She was born in Cần Thơ in 1941 under auspicious stars, born in the year of the Silver Snake. Her great talent was that of transformation; she was impeccable at it. But the cost for her was loss writ large. The skin shedding was total, with guilt inside the folds.When she left for the US, she released her language. Once we immigrated, she did not speak Vietnamese or of Vietnam with me. Her past felt to me an impervious surface, a smooth raised scar. My relationship to and understanding of my mother’s life in Vietnam, and what it meant for me to be mixed-raced, Anglophone, and Vietnamese, remained troubled for much of my life.

Born Nguyền Anh Diệp, my mother would become Linda Lijewski in the US. I knew her as a money-hustling, heavy-tray-wielding career waitress, a strong no-shit-taking bolt of brightness with movie star charisma and a smile to match. I knew that she was raised by traditional Buddhist grandparents, witnessed war terrors, and that as a young teen she left her family farm to seek her fortune, joining a Vietnamese circus to become a member of an all-woman motorcycle troupe. The treasured photos of her from that period doing daredevil tricks inside a vertical wooden cylinder known as The Wall of Death were not on display in my childhood home. My mother held these striking images and stories at a distance, giving them few words or details, even as my younger sister and I pressed her for more.

Most of the poems I wrote, she said, didn’t make sense to her: too abstracted perhaps—and also, maybe, as a woman without formal education, she felt remote from my words and me, my college degrees, from my published books and poems written in English. But the ones I wrote for what would become A Thousand Times You Lose Your Treasure, these she understood, at least the ones that featured aspects of her life. She once remarked that I remembered more of her life than she did.

I wasn’t interested in writing her biography in verse per se, even as I was interested in representing her strength, pain, and courage; I wanted instead to connect the pieces in a practice of relationality, arranging narratives in verse while also singing into the absent spaces. One of the later lyric poems I wrote became the opening, filmic with a score from a western song, the elements of diaspora, its seeds and crumbs.

Once in a compelling dream I dreamt of Sappho’s fragments and her text of papyrus shards. In the dream, her fragmented poems were mounted onto a long scroll of papyrus paper. I took this with great purpose, rolled it upon a cylinder, and placed it into a player piano located, tellingly, in the attic room of my childhood. The keys of the player piano played Sappho’s poems in that ghostly way that player pianos do. Or rather, the song was made by playing from the scroll and reading the gaps in the writing so as to make the song, a song of languagelessness and loss. My dream told me that my powers of poetry and song gain footing despite what is missing, with what is missing.

The song, the music, is formed in a relationship of material tensions, with the perforated matter, of what is there and what is not there. The question is how to sing this into language and give it a body, to re-member.

In A Thousand Times You Lose Your Treasure, I’m interested in this play of tensions. The poems there are made to orchestrate narrative as they disclose, speak across time, and respond to intergenerational memory. Song and tone formed part of my storytelling, providing a way to mediate and narrate, to give expression, sometimes as sound, other times with the intertextuality of archive, by inviting polyphony, new beingnesses, interbeingness.

I don’t know what my mother would have made of the book, with its staccato turns and fractures, when it strays from her biography and treads in the tracks of diasporic distance. I might tell her that an astrologer recently wrote that my chart has a “Midnight Saturn” which acts as a bass note that spins “structural reverberations” and calls me to my ancestors (like her star-fluent grandfather) and to our ancestors’ ancestors—and that it is they who recharge and provide me with nourishment and historical context. Or maybe we would just laugh about how the poems don’t make “sense.”

After her death in June 2019, I found among my mother’s effects immigration papers dated March 14, 1968, and a document for travel certifying that she “has the character of a well-behaved woman.” As much as I wish I could share A Thousand Times You Lose Your Treasure with her, I wish more that we could have talked about that sentence. She would have had a smart remark to crack. 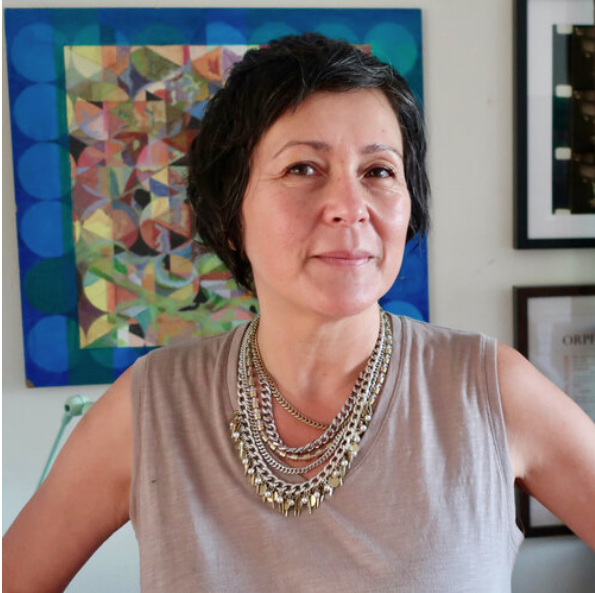 Born in the Mekong Delta, Hoa was raised and educated in the United States and has lived in Canada since 2011. Recognized with a 2019 Neustadt International Prize for Literature nomination and Pushcart Prize, Hoa has had the privilege to work and teach all over the United States and Canada, and share her unique perspective through her poetry. She is the author of several books including As Long As Trees Last, Red Juice,  Violet Energy Ingots, and A Thousand Times You Lose Your Treasure forthcoming from Wave Books in April 2021. An experienced and popular teacher of poetics, Hoa teaches for Miami University’s low residency MFA program, in the Milton Avery School for Fine Arts at Bard College, and as associated faculty for University of Guelph.  She also is the founder and leader of a popular poetics workshop in cyberspace and Toronto.